Stars, Stunts and Stories: A Hollywood Stuntman’s Fall to Fame

As Carl puts it, “Stuntmen and stuntwomen have the coolest jobs in the industry. We get to fight, fall, burn up, get blown up, kill and get killed. We crash cars, boats, motorcycles and planes, work in tandem with your favorite stars, and take orders from your favorite directors.”

In Carl Ciarfalio’s book Stars, Stunts and Stories: A Hollywood Stuntman’s Fall to Fame, readers will travel behind the scenes – hearing insider anecdotes about mega-stars, experiencing some gnarly stunts, and receiving useful insights and advice about the unique and exciting world of action in film and television.

Carl’s life off the set has been just as compelling. This warm, kind-hearted and funny movie-bad-guy opens up about a teen pregnancy, single fatherhood, surviving a nasty Hollywood divorce and finally finding true love—plus the time a criminal driving a half-ton truck … well, you’ll have to buy it and read it to see how that sentence ends.

As compelling as your favorite action movie, “Stars, Stunts, and Stories” will have you turning the pages…and glued to your seat!

Recommendations
“I’ve known Carl for over thirty years now. He’s doubled in me several feature films and TV episodes. Carl is a fantastic person, stuntman and actor as well. Glad he makes me look like a star with his great athletic look, and glad he helps audiences enjoy me in my dangerous action sequences!”

“There isn’t enough that I can say about Carl Ciarfalio. Fantastic, actor, stuntman, and all around good guy. He has the ability to move even the Toughest Man Alive to tears when I hear his velvety baritone voice crack jokes at my expense. I always know that he is in my corner, and I’ll forever be in his.”

“I’ve worked with Carl a number of times, and am always impressed at how graceful he was for a man his size. He moves smoothly and effortlessly in complicated fight choreography as if he’s been doing it all his life. Just really impressed the hell outta me.”

He’s worked with the big names – Martin Scorsese, Ron Howard, Clint Eastwood, Tom Cruise, Jennifer Garner, Halle Berry, Sylvester Stallone, Woody Harrelson, Mila Kunis, Denzel Washington and Chuck Norris to name just a few. He served two terms as President of the Stuntman’s Association of Motion Pictures; as Governor at the Television Academy of Arts and Sciences; he helped to establish the first Emmy Award for stunts; and he was a co-creator of the Taurus World Stunt Awards.

In his book, Carl takes you on a fun, fascinating and hair-raising ride through the world of blockbuster film and television. You’ll experience it all through the eyes of the man who was there. A definite must-read! 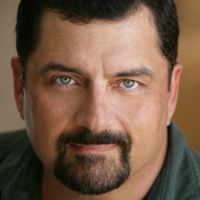 What It’s Like to be Black Female Stunt Performers